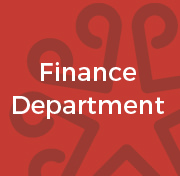 City of Hartsville business license renewal forms are expected to be sent out to in-city businesses in February 2016, later than they have been sent in previous years, after an upcoming Hartsville City Council meeting in which Council may determine the new due date for the forms.

City Council has approved on first reading Ordinance 4226, which would modify the portion of City of Hartsville Code governing the Business License Program and move the due date for business license renewals to April 30, beginning in 2016. Council will consider the ordinance again on Jan. 12, and depending on its approval then, the forms would be sent out in February. The new due date in April would provide additional time for Hartsville businesses to calculate their gross annual incomes for the previous year.

For questions or more information, please contact the City of Hartsville Finance Department at 843.383.3015.