Lieutenants Mark Blair and Brian Rudick are Hartsville’s Hidden Heroes for the month of October. It is quite fitting for them to receive this award together as their careers have often been side by side at Hartsville Police Department from day one. The pair celebrated their 25th Anniversary with Hartsville Police Department this month as they began on the same day 1994. They also went off to the Police Academy together and were roommates while there. For 25 years, their careers have progressed as they worked alongside each other, received promotions, and furthered their careers to the point that they are today. It is not often that you meet people in law enforcement that have stayed with one agency as long as these two. It truly shows the dedication, commitment, and love that Lieutenant Mark Blair and Lieutenant Brian Rudick have for Hartsville. 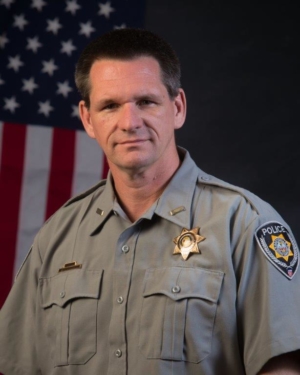 Lieutenant Mark Blair began his career with Hartsville Police Department as an intern while he was a student at Coker College. He originally was a graphic design student, but a sociology of violent crime class sparked his interest in law enforcement. That class impacted him so much that he still has the books in his office that he used in the class over 25 years ago. Lieutenant Blair has held many different positions with Hartsville Police Department through the years since he began as an intern. He currently holds the position of Administration Lieutenant and has a variety of duties including making training schedules, maintaining the fleet of vehicles, approving reports, and taking complaints just to name a few. You may know Lieutenant Blair and his sense of humor best as he is the face of the Hartsville Police Department Facebook Page and creator of Hartsville’s favorite cartoon characters that make appearances teaching residents the do’s and don’ts of disasters. 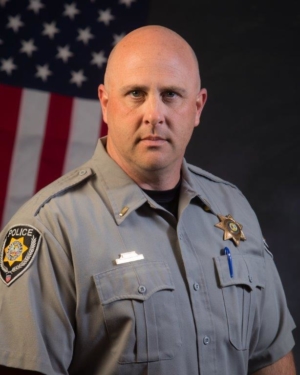 Lieutenant Brian Rudick began his career with Hartsville Police Department after a short stent as a security guard in Charleston, SC that peaked his interest in law enforcement. He used that time to ride around with officers from the City of Charleston and Charleston County and validated his desire to enter this field. Originally from Hartsville, Lieutenant Rudick has a true passion for this City and the residents here. His career has progressed through the years, but Lieutenant Rudick’s hometown commitment has kept him serving the citizens of Hartsville for all of this time. He is currently the Special Operations Lieutenant and serves as the leader for the City’s SRT unit, provides crime analysis, serves as a business liaison that consults with local businesses on ways to protect themselves, and helps to write and rewrite policy and procedures among many other tasks.