From downtown development to the Butler Historic District, 2015 was another year of significant progress for the City of Hartsville. These 10 stories from across the last 12 months highlight some of the efforts and projects taken on by the City in the past year. 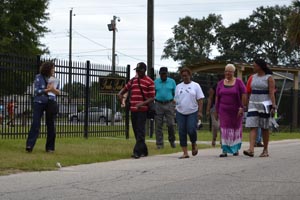 In January, a Community Planning Assistance Team brought together its research in the Butler Heritage District to create the planning document South Hartsville Heritage Alive: A Neighborhood Revitalization Strategy. This plan, which considered the area’s needs for housing, transportation, commerce and community spirit, has informed much of the work in the area since. The South Hartsville Neighborhood Association has been meeting at Butler Heritage Campus and undertaken housing and income surveys to better determine needs for future projects.

Also in January, the City of Hartsville obtained Certified Local Government status from the U.S. Department of the Interior, giving the City the opportunity to begin seeking grants from the Federal Historic Preservation Fund. 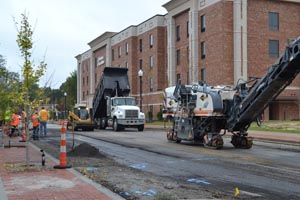 Early this year, the City of Hartsville began multiple new infrastructure improvement projects made possible through Multi-County Business Park funds. These efforts included two new traffic signals, one for the intersection of South Fifth Street and Hartsville Crossing Boulevard to facilitate traffic turning onto Fifth Street, and one for the intersection of East Carolina Avenue and Second Street, supporting Coker College’s growth in the area. 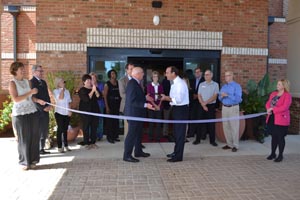 In addition to the many ribbon cuttings for downtown businesses hosted by downtown development organization and City of Hartsville partner Main Street Hartsville, downtown Hartsville saw the opening this year of two major hotel developments — the four-floor Hampton Inn and Suites and the boutique hotel Mantissa Executive Suites and Spa.

Both of these projects featured City of Hartsville incentives — the Hampton Inn made use of $450,000 worth of incentives, primarily in the form of the land on which the hotel was built, and the Mantissa made use of incentives provided through the Economic Development Incentive Program.

Entrepreneurs who have applied to the second round are now making their way through the Start-Up Hartsville process, with winners to be announced in late February 2016. Start-Up Hartsville is the product of two City of Hartsville-partnered organizations, Main Street Hartsville, under the leadership of Executive Director Suzy Moyd, as well as the Duke Energy Center for Innovation, which this year named its new director, Kathryn de Ridder-Vignone. 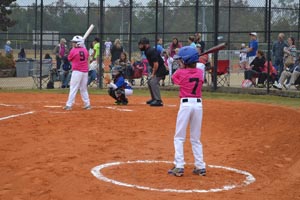 In additional to the BaylerBall Invitational Tournament, the City of Hartsville’s flagship recreation facility, the Byerly Park Recreation Complex, played host to other major tournaments in 2015.

In April, Coker College’s home conference, the South Atlantic Conference, staged its softball championship at Byerly. The Dixie Ponytails World Series returned to the park in July, after previously coming to Hartsville in 2012, and brought together athletes, coaches and families from across the Southeast. 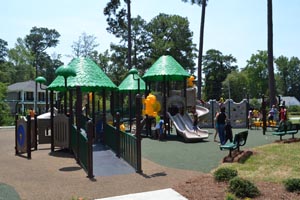 A major construction project throughout the summer, the new playground for Lawton Park opened in July and received an enthusiastic response from children and parents alike. The park was made possible in part with a grant from the Land and Water Conservation Fund. In addition to slides, swings and climbing elements, the park features a variety of handicapped-friendly elements. This served as a follow-up to the City’s efforts to improve handicapped accessibility at its parks, including the opening of Garrision’s Place: A Handicapable Playground at Byerly Park in 2014, as well as Special Play 4 Special Kids’ donation of water wheelchairs to the Piratesville Splash Pad this July.

9. Refinancing of water and sewer bonds

In August, the City of Hartsville announced that a refinancing of its waterworks and sewer system revenue bonds will create a savings of more than $1.6 million over the remaining years of the bond issue, reducing the eventual cost burden of the construction of a new Public Service Complex. During this process, the bonds received a rating of A+ from Standard and Poor’s Rating Services, a noteworthy achievement for a municipality the size of the City of Hartsville which illustrates its excellent ability to meet its financial obligations when providing water and sewer services.

Late this year, the City of Hartsville successfully sought a Community Development Block Grant from the S.C. Department of Commerce, which is planned to be used for several community improvement projects in the Historic Butler District, including the demolition of the blighted Lincoln Village apartment complex. A similar series of Community Development Block Grant projects in the historic Oakdale community in recent years brought that neighborhood new sidewalks, streetlights and security cameras.