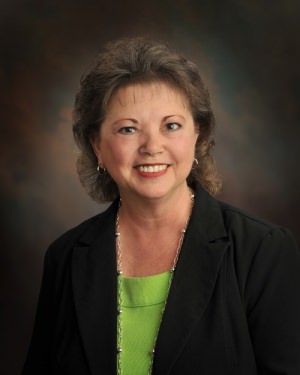 I can honestly say I didn’t know a thing about government before I became a staff person at the City of Hartsville in 1980. Even though my husband worked for the Hartsville Fire Department and my brother served as a Hartsville police officer, I still didn’t understand all that goes into making a municipality succeed. I needed a job. I had two young children I had to help support. My prior work experience was as a stay-at-home mom and a bookkeeper for Jiffy Print.

But I learned quickly as a public servant. I started in the City Finance Department, processing utility bills, business licenses, debits and credits. In 1988, I moved into the role of Clerk Treasurer and that provided me an opportunity to learn more about local legislation. The position led to a succession of other roles and responsibilities. In 1992, I became the Human Resource Director. This gave me greater experience working with a wider variety of City staff.  Eventually, my title was extended to include Risk Management, allowing me to develop strategies to access, evaluate, avoid and minimize potential problems for Hartsville.

I was chosen to serve as Interim City Manager from February of 2000 to July of 2001. The experience was good and I learned even more. Over the years I had become very familiar with the management style of our local government, how things were enacted and how things were processed, the operations. I understood going into the position that a City Manager is much like a Chief Executive Officer for a company. City Council can be equated to a board of directors, seven people that speak for the citizens of Hartsville, the shareholders. Having already done so much at the City, I had extensive knowledge, so it was a smooth transition. During my time as City Manager, Hartsville developed the multi-county business park, which brought the new Wal-Mart that stands today. It was the first time the City had ever attempted anything of that scale. It required a lot of cooperation with county and state agencies, and with residents and local developers as well.

In 2005, I became the Director of Administrative Services. Along with all my previous duties, I was accountable for ensuring the sustainability of the City museum. Overseeing the maintenance of our public cemeteries was also assigned to me. These additional job responsibilities brought me a whole new level of engagement with the community.

I continued in this role until I decided to retire completely in 2016. I was looking forward to the next phase of my life, but I knew I would find something else, perhaps part-time. I love serving the public, working with people towards a common goal of helping others. So, when City Manager Natalie Zeigler invited me to stay at the City of Hartsville as City Clerk, I changed my mind. I’m glad I did.

I’m glad I get to continue helping Hartsville push forward, from dark ages to new light. I remember the City of Hartsville from when everything was done by pencil and paper, to now with everything at the click of a mouse. I remember days the City didn’t have enough funds to meet the payroll to current days of major development projects. All of this is due to creative, innovative, ideas from local visionaries and forward-thinkers; risk takers who understand that with bold steps come liability, accountability, and also new growth and excitement. There is an excitement here that didn’t exist many years ago.

I hope that more residents and citizens join in on that excitement. The public needs to be involved, not just when something isn’t going their way. Voting matters. Posing constructive questions and concerns help make improvements. The greatest lesson I’ve learned throughout my time at the City of Hartsville: making positive and lasting change requires engaged citizens willing to learn and participate.