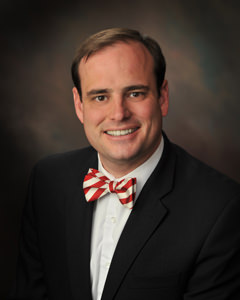 Born in Hartsville, South Carolina, he is a fourth generation funeral director and partner at Brown-Pennington-Atkins Funeral Home, the oldest family owned business in continuous operation in Hartsville, 1915.

He was educated at Heathwood Hall Episcopal School in Columbia, SC, and received a Bachelor of Science in Retail Management from the University of South Carolina, and an Associate Degree in Funeral Science and Funeral Arts from Fayetteville Technical Community College.