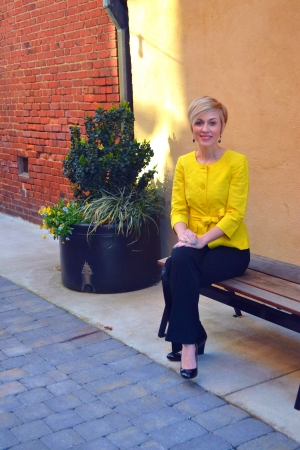 I joined the City of Hartsville on March 1st, 2017, as Finance Director. I grew up in Chesterfield, SC.   After attending college in Columbia, SC, I moved to Greenville, SC for over 5 years. Subsequently, I accepted a job at Sonoco and returned to Hartsville. I was amazed by how much had changed since I was younger. I then moved to a job in Cheraw, which I enjoyed; however, it was not putting to use the public service heart that I had inside. I was searching for a role that would allow me to make a greater impact, using my education and experience to help others.

During my interview for the role of Finance Director, I met the City Manager, Natalie Zeigler, and the Assistant to the City Manager, Mary Catherine Farrell. I saw the team here at the City of Hartsville, and it became apparent that the staff is what created the immense change in Hartsville: the appearance, the traffic, people downtown and so many new retail stores, everything more vibrant. The administration was so driven and passionate, it is hard not to be inspired to make positive change. I walked out of the interview and I called my husband, and I told him, “This is it.” This is where I need to be.

I entered into this position assuming the majority of Hartsville’s physical transformation was due to private investment. I quickly learned that wasn’t entirely the case. The City had put forth so much effort to facilitate the rapid development of this municipality. I was misinformed about several aspects of what happens in our area.

Working for a municipality is something I wish all people could experience because there is a generous amount that is taken for granted or misunderstood about Hartsville. Not long after I started as Finance Director, I felt a sense of guilt for any time I complained about something not happening in the city. I had never attempted to take a step back to try to better understand how things happen. What I have learned in my time with the city is that numerous steps have to be taken for goals to be achieved, it’s not as simple as we might think. Keeping Hartsville moving forward requires combined effort from City staff, City Council, and residents.

There are many practical ways to get to know the city better, to become more informed and to contribute more to our shared goals. Regularly attending City Council meetings on the second Tuesday of the month is a great way to hear and learn about all of the different projects happening around Hartsville. The majority of key projects taking place are going to be discussed and voted upon at City Council. Citizens can also learn a great deal about Hartsville’s current events by following the City’s social media profiles. City staff does a wonderful job of keeping it up-to-date with local events and different press releases from the City. Hartsvillesc.gov is also constantly updated with new information that can help deepen a resident’s understanding of their home.

In addition, knowing your City Councilperson is incredibly helpful. Being able to put a face with the City changes your perspective. Any one of our Council members is more than willing to speak with constituents. City Clerk Sherron Skipper knows Hartsville, perhaps more than anyone, and she’s a phenomenal resource. She’s on the first floor of City Hall, which is right next door to The Key, Hartsville’s Visitors Center. The Key is a one-stop-shop for information on events, attractions and is also the home of Main Street Hartsville, whose social media provides constant status updates about Downtown Hartsville and developments to our city center. From my experiences thus far as a City staff member and recalling my views prior to this job, I would recommend Citizens always striving to gain a better understanding of where they live by utilizing all of our City resources.

Lastly, I regret not being more proactive before I became a City employee. In my position I will continue to strive to ensure that department heads and I are good stewards of City funds. It is important to me, as Finance Director, that I make a conscious effort of acknowledging where these funds come from and act responsibly when allocating money. Because I was originally misinformed, another personal goal of mine is to try to enlighten as many residents as I can as to where our funds can come from and how monies are legally allowed to be utilized.  As well as, relaying to residents the importance of allocating funds to certain projects that might otherwise seem trivial or unnecessary.  While it may not always be obvious as to why we invest in projects, there is much thought and research completed by the City in conjunction with City Council policy initiatives.  It is a joint effort, and I will attempt to inform residents of this, so that they may not feel the guilt I did upon taking this position.

I’ve never felt more passionate about a job, because I know, if we put in the effort, the potential here in Hartsville is immense.