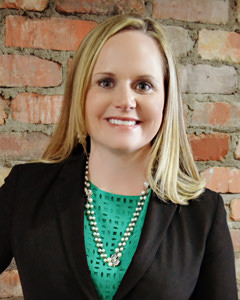 City staff is in preparation of this coming fiscal year’s budget proposal for City Council to review in May. This fiscal year, the City of Hartsville has a proposed budget that residents should be proud of. This fiscal year’s budget proposal brings a tax decrease due to a projected surplus of the budget. After being proposed, City Council will make possible amendments to it and choose whether or not to adopt the budget.

The budget projects over a $100,000 surplus. The General Fund is the core of the budget and is required to be balanced by state law. Local governments cannot spend more than they take in and vice versa. Revenue streams for this fund include property taxes, business licenses, fees, fines and franchises. Therefore, this surplus will be given back to those owning homes within the City’s limits in the form of a 3% millage rate decrease. For the past few years, the City has maintained a steady tax rate.  Should City Council approve and adopt this proposed budget, the City of Hartsville will experience a tax decrease that very few local governments encounter.

Some line items of the budget have been added in order to provide our public services some of the upgrades that it deserves. The budget calls for new upgrades of radio systems for the City’s Fire Department and Police Department. In addition, new vehicles for each department will be leased. Also planned in this fiscal year’s budget is the upgrading of city-wide security camera installations which will occur in phases. The City believes that these upgrades and new features are vital to the safety in health of its residents.

In addition to usual budget implementations for other departments, $200,000 in grant match funds have been set aside for grant applications the City plans to submit this year in the hopes of receiving these grants. Like any healthy local government about 2.3% of the General Fund budget in the amount of $230,000 has been set aside in a contingency fund which will be used in any unforeseen situations.

This budget covers our most valuable assets while also saving our residents a small amount of money in a tax decrease. Our City employees work for us around the clock in order for this to be achievable. This basically unheard of tax decrease is a perfect depiction of the state our City is in. We have achieved a great deal in regards to the economy.

The upcoming General Fund budget is the result of much hard work by City Council and staff. The City Council Finance Committee, led by Councilman Bob Braddock, has been carefully reviewing it, and our Finance Director Shannon Morrison has for months been working closely with all departments to make this surplus a reality. It represents a prudent use of taxpayer money, and that is always good news.