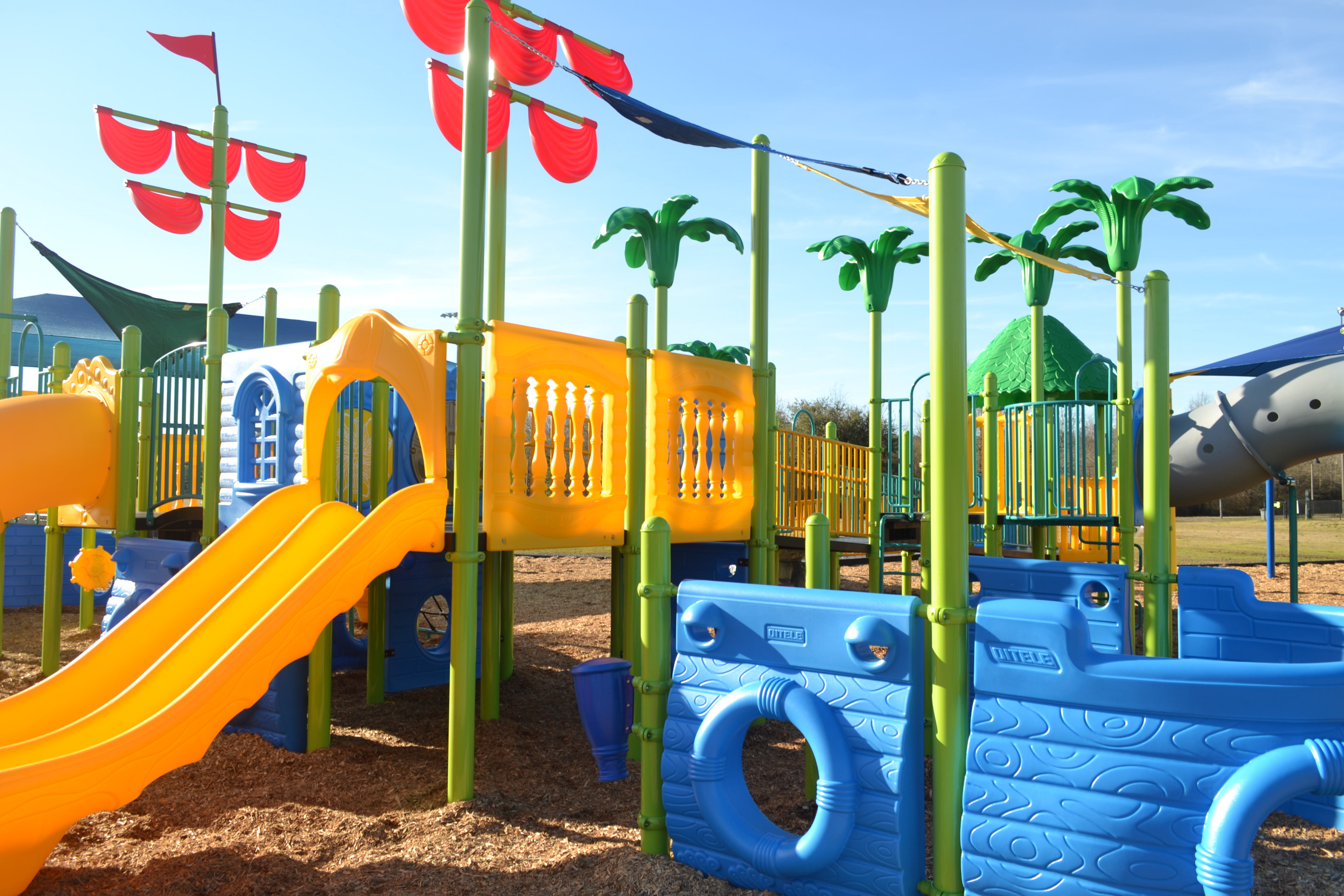 The City of Hartsville Parks and Recreation Department is excited to announce the opening of the new expanded handicapable playground on the campus of Byerly Park. The playground is located between the tennis courts and the track and field area. This new and improved playground is an expansion to Garrison’s Place, previously located just outside of Neptune Island Waterpark. Garrison’s Place was originally opened in June 2014 after local families started a campaign for “Special Play for Special Kids.” City Manager, Natalie Zeigler, is excited for the expansion of Garrison’s Place and says that “Play is an important part of development of children as it builds social and physical skills while allowing children to establish confidence in themselves. We are excited of what the expansion of inclusive playground equipment will bring to the children in Hartsville.”

The update and relocation of this equipment provides many opportunities for children of all abilities to play together. The improved nautical themed playground offers ramp-style equipment to access many of the slides and other features that the equipment has to offer.  This playground is complete with: handicapable glider, two swings, two strapped swings, wheelchair swing, double-rail ramps, seven slides, multiple climbing experiences, and various activity panels to allow children to express themselves through music and mental exercises. Garrison’s Place was originally funded by The Byerly Foundation in 2014. The new updates to the playground were made possible by a matching grant from the Land and Water Conservation Fund and the City of Hartsville. Garrison’s Place Playground is located on the grounds of Byerly Park located at 700 Russell Road, Hartsville, SC. It is maintained by the City of Hartsville Parks and Recreation Department.