Nationally acclaimed and awarded professional artist, Jonathan Green will be presenting a lecture entitled “The Use of Fine Art in Capturing the Positive Aspects of American and African American Southern Culture, History, and Traditions”. The lecture, co-hosted by Butler Heritage Foundation and the City of Hartsville, will be held at Butler Community Center located at 1103 South Sixth Street. The reception will begin at 5 PM on Tuesday April 19th and will be open to the public. 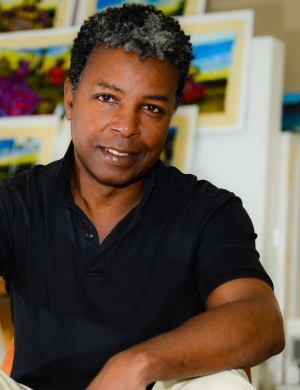 Jonathan Green has been considered by various art critics and reviewers as one of our nation’s outstanding American artists. He is known for depicting the positive aspects of both American and African American southern culture, history, and traditions. His art and other talents have been incorporated into ballet, music, opera, theatre, literature, and film productions throughout the nation. He has also been noted in several educational publications that address American and African American history and culture.

In addition to his contribution to the arts, Jonathan Green has made several contributions to the research in Diabetes, Sickle Cell Anemia, and medical outreach services. He serves on the boards of both the International African American Museum and Gilliard Auditorium in Charleston, South Carolina where he also resides.

This event will be an inclusive educational experience for all of the Hartsville community to attend. In addition to the lecture and reception Tuesday evening, Jonathan Green will be speaking with Hartsville High School students earlier that day.

For further information or questions about the event please contact City Manager, Natalie Zeigler at 843-383-3015.